Jesus, Help Me! The Power of Three Words 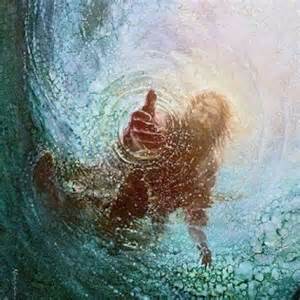 One of the earliest and most unexpected lessons I learned when God "activated" my life for more with Him, was that the devil doesn't like it when someone starts living in their destiny with God.  I started experiencing very difficult spiritual encounters, and one night in March 2014, I was awakened at about 2:00 a.m. I heard the growl of an evil sound or voice, and then suddenly felt myself being seized with numbness on the top of my head.  When the numbness got to my neck, I could sense that it was making its way down my entire body. In desperation, from deep within my spirit, I cried out, “Jesus, Help Me!”  It was an automatic response, and even I was surprised at what I blurted out.

Instantly the numbness went away and I was able to go back to sleep. While frightening during the experience itself, I was so encouraged and amazed to discover what crying out to Jesus can instantly do, and to know that in the end, Jesus has all of the power and authority in the universe.

To reinforce this point, I was surprised recently when reading a book from Francis MacNutt about the history of healing ministries in the Church.  Before the Charismatic Movement of the 20th century, healing ministries were all but dead in the Church for a variety of reasons.  However, there were some exceptions, with one being a Lutheran pastor from the Black Forest area of Germany named Johann Christophe Blumhardt (1805-1880).

Johann had no intention of getting involved in healing work. His church was spiritually lethargic and his congregation regularly slept through his sermons.  But there was a woman in his small town of 500 who had a variety of illnesses, and was so temperamental that people crossed to the other side of the street to avoid her.  She had bleeding coming from places in her body, and the doctor asked Johann to get involved, since he could not cure her.  None of this had been covered in his seminary, so he didn't really know what to do.

With a big crowd gathering outside of her home due to the loud noises coming from the woman's pain and suffering, Johann decided he could not do any harm by asking her to repeat after him, "Lord Jesus, help me."  When she did this, to everyone's astonishment, the bleeding stopped!  Johann went on to experience many healing miracles in his town and beyond, with people lining up from far and wide to see him beginning every day at 6:30 a.m. and ending at 11:30 p.m.

I was amazed to read about someone getting the same result of healing from saying the same words I had said in my encounter - Jesus, Help Me.  I'm not saying this is a "formula" for healing - we know from the Bible that Jesus and his disciples saw people healed in a variety of ways, and I've witnessed the same thing from my own experiences.  My point is that many times, healing comes at the point of desperation, when we run out of all other options, and submit ourselves to the Lordship of Jesus.  We are finally able to give up control from our rebel hearts, and have no choice but to give credit to Jesus for our healing.

Have you tried all other options? Are you finally ready to say, "Jesus, Help Me" from the depths of your spirit?  In His compassion and unending love, Jesus is ready to lift you up and bring healing to your situation, whatever it may be.


2018 Update: I was given a copy of The Red Sea Rules by Robert Morgan, and he tells the following similar story: "My daughter was napping in her dormitory one day when she awoke with a start.  An oppressing sense of evil invaded her room, and she felt a physical force descending upon her, pressing her into her bed as though to suffocate her.  Terrified, she cried, "Lord, help me!"  Instantly the malevolent force vanished, leaving her weak and weeping...I've read or heard of a number of such incidents."  It was interesting to find yet more confirmation of this type of spiritual attack happening to others, with the same response consistently bringing relief - a call to our Lord and Savior, Jesus Christ!

You Will Be Amazed 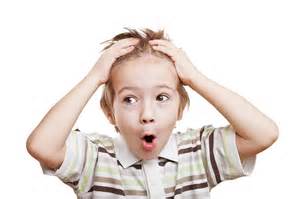 "Look at the nations and watch— and be utterly amazed. For I am going to do something in your days that you would not believe, even if you were told." - Habakkuk 1:5

About a year ago, I had reached a low point in my life.  I was sitting on a plane returning home from a work meeting I had just attended.  My company announced some big changes to the organization, and I had spent the week in a fog, hearing rumors about my job being impacted as new leaders were introducing themselves to the team.  The prior six months had also been a difficult time, with a palpable feeling of favor being lifted from the company I had spent a decade with.

But then, as I sat staring at the tray table in front of me, wondering what the future held, I heard God say, "You will be amazed!"

That one word from God immediately changed my mood and gave me a boost of excitement.  My thoughts went from worry and fear to hope and promise, wondering what God had in store for this season.

Sure enough, 2016 truly was an amazing year, but not in the way I expected.  While my position was eliminated at the company a few months later, God gave me encouragement and peace, and prepared me for the change that was coming as I spent quiet time with Him.  Even though I had never earned better than a "C" in college English classes and never thought I would be a writer, God motivated me to write a book that was published in the summer, which just won a literary award.  He gave me favor to participate in radio and TV interviews, speak at a women's leadership conference, and join my church's healing ministry team.  He opened doors to connections with incredible people of faith that I would have never met in other seasons of my life, and allowed me to provide Bibles and other supplies to Christians in Pakistan.

God was true to the word He gave me early in the year that I would be amazed, and in doing so He completely changed the trajectory of my life.  Sitting on that plane, I could have never imagined the adventures in store for 2016.  And this is just the beginning of the story and a lifetime of being AMAZED.

Most of us know the scripture from Jeremiah 29:11, where God promises to give us "a future and a hope", but do you realize that He wants that future to be filled with "amazement"?  He doesn't want to just pick you up off the ground and set you back on your current course; He wants to lift you up onto a new trajectory, one where you are able to know and be who you were originally created to be, filled with joy in the purpose God has for your life.

No matter where you are in life's journey, God is saying to you right now, "YOU WILL BE AMAZED!"  Claim this message and take your first step into the great adventure of an amazing life with God,  His Son Jesus, and the Holy Spirit!


"Now to him who is able to do immeasurably more than all we ask or imagine, according to his power that is at work within us..." - Ephesians 3:20

Posted by Adam Gellert at 3:26 PM No comments: