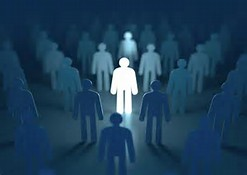 Therefore, if your whole body is full of light, and no part of it dark,
it will be just as full of light as when a lamp shines its light on you.” - Luke 11:36


Jesus told his disciples to be a light to the world.  But what does that mean?  Is it just a figurative expression for demonstrating God's love by showing the joy we have in Him as Christians?  That's partially true, but do you realize that there is also a very real light shining in you that comes from accepting Jesus as your Savior?  Two incredible stories have changed my view of what it means to have Jesus living inside me, and the power I have through Him to make an impact on both the natural and spiritual world.  If you accept this truth, you will never be the same!

About five years ago I heard the story of a witch doctor who had the ability to leave his body and travel in the spirit to people's houses to place a curse on them.  People would pay this witch doctor to do this to their enemies, and he made a good living at it.  But one day, he left his body and went to a man's house he was supposed to curse.  When he arrived at the window, all he could see was a blinding light coming from inside.  The light was so strong, and so powerful, he could not enter the house.  He could see the man, but surrounding him were three figures shining in a bright light,  Puzzled, the witch doctor later learned that there were three Christian missionaries at the man's house that night, sharing the gospel with him!

The second story reinforces this incredible truth.  Agnes Sanford, in her autobiography Sealed Orders, tells about growing up in China with her missionary parents.  She describes how the Chinese were able to easily comprehend the idea of Jesus Christ having the power to drive out evil spirits, because they believed in and even saw them.  She goes on to say, "Not only that, but they perceived, in a way that we are unable to perceive, that those who accepted Jesus walked in a circle of light that protected them from evil spirits.  Knowing this, a heathen family would sometimes invite a Christian family to live in a haunted house rent free for a few months, believing that after a while the Spirit of Christ abiding there would make it untenable for evil spirits."

Of course, being the light of the world also means living in such a way that others see and want what you have.  Matthew 5:16 says, "In the same way, let your light shine before others, that they may see your good deeds and glorify your Father in heaven."  But I hope these two stories give you the confidence to see who you are from another perspective.  As a Christian, when you walk into your office at work, go into the mission field, or just sit having coffee with a friend, you are emanating the light of Jesus Christ, which has the power to "demolish strongholds."  You are driving out darkness wherever you go!  And with this knowledge, walk boldly in your inheritance as a son or daughter, and shine brightly in a world filled with darkness.

"Believe in the light while you have the light, so that you may become children of light."
- John 12:36


Posted by Adam Gellert at 9:49 PM No comments: