An Ocean of Secrets 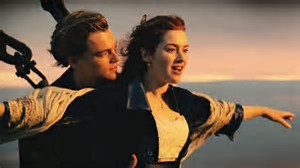 "Therefore confess your sins to each other and pray for each other so that you may be healed. The prayer of a righteous person is powerful and effective." - James 5:16

I was watching the movie Titanic recently, one of my favorites.  The main character, Rose, tells the story of her romance with Jack, which ends when he dies in the Titanic sinking.  Nearing the end of her life, Rose confesses to her granddaughter this secret love she had before meeting her husband later in life.  In this moment of confession, she says to her granddaughter and the others listening to the story, "A woman's heart is a deep ocean of secrets."

This was such a interesting statement, and my first reaction was to think, "Not just a woman's.  We all have an ocean of secrets."  And while the movie portrayed her secrets as part of her adventurous, romantic mystique, most secrets create a bondage in our lives.  People keep secrets because they are ashamed, and don't want others to know about the sin committed, lie told, or law broken.  We have an image to uphold in front of others, and we are afraid of what people may think about us if they were to know about these secrets.

Fortunately, God knows everything about us - what we have done and what we will do - and loves us as sons and daughters.  He sent Jesus to forgive us from our sins, and if we will receive it, we are washed clean from our ocean of secrets.  I know I am comforted knowing that He is aware of everything I've done and will do, and loves me all the same.

But sometimes that's not enough to heal us from our ocean of secrets.  As we see in James 5:16, God tells us to "confess your sins to each other and pray for each other so that you may be healed."  Confession releases power in your inner healing, as God honors the Body of Christ as a conduit for his work in each member of the Body.  In other words, we were not meant to "go it alone."

One person who learned this powerful truth was Agnes Sanford, a founding member of the Charismatic Movement in the mid 1900s.  Agnes had a powerful healing ministry, and her first book, The Healing Light, was a best-seller.  But she found herself drained of her power as she gave more and more of herself in prayer for others, and from traveling around the country speaking.  One day she asked God how her strength could be restored, and He revealed to her that confession was the answer.  As one of her friends told her, "The confessional sets free in you the power of God through the forgiveness of Jesus Christ. It releases power in the way that is the most simple and wholesome and human."

So Agnes, coming from a church background that did not practice confessionals, split her life into seven periods of time.  She asked the Holy Spirit to reveal to her any unforgiven sins, hurts, or other memories from each of those seven time periods, writing them all down.  Finally, she shared everything from her list with a priest from another church, who prayed with her for her forgiveness.  The priest said, "Although so few people know it, the church through Jesus Christ really does have the power to forgive sins."

Sure enough, Agnes said she "had hardly gone out of the place before I was flooded from head to foot with the most overwhelming vibrations...and indeed a healing process did begin in me at that time."  She was able to continue her ministry with vibrancy and power after learning to take advantage of confession.

My home church, Gateway Church in Southlake, Texas, aligns to this approach and includes a confessional time in its "Kairos" freedom program.  I participated in this myself, and agree with Agnes that there's something powerful about telling another person about a sin you have never told anyone about, that's been kept buried inside.  It was very liberating.

If your "ocean of secrets" is keeping you from being the whole person God intended you to be, I would encourage you to explore a confession of those secrets to a member of the Body of Christ - a priest, pastor, or other Christian brother or sister.  And watch Jesus work in His promise to heal you and set you free.