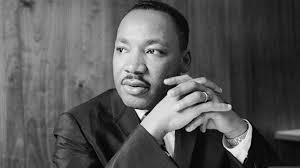 "There is neither Jew nor Gentile, neither slave nor free, nor is there male and female,
for you are all one in Christ Jesus."  - Galatians 3:28

First of all, I have to admit I've spent my entire life as what the world would see as a rich white guy.  I grew up in the most affluent area of Dallas, Texas.  My high school did not have one black student registered there when I attended, so I was not exposed to much diversity there.  But in middle school, I had an experience that forever changed my view on race, and caused me to pursue a better understanding of and compassion for people who may be viewed as different from me.

I went to a Boy Scout camp that summer, and there was a buzz in the camp of mostly white kids, when we learned that a troop of black kids was also there.  One white troop was particularly bothered by this "intrusion," and made a public spectacle of berating and harassing this group of black kids every chance they got.  I heard about fights breaking out between these two troops all week long, and personally witnessed this horrific behavior several times when we all gathered as a camp for events.

In a moment that will forever burn in my memory, we were all together for a rodeo event at the camp (this is Texas after all), and I was sitting by myself in the bleachers when one of the kids from the black troop was looking for a seat, and sat down next to me.  He turned to me and asked, "Is it okay if I sit here?", testing the waters to see if I was one of the kids who would give him a hard time.  The entire concept of discrimination was so foreign to me, that I quickly welcomed him to have a seat.  But I also recall thinking to myself in that moment, "Why are people being treated like this? How can it be that a person doesn't feel welcome to sit next to another person because of the color of their skin?"

The last night in camp, there was what I would call a "race war."  Troops across the camp split into two factions, one supporting the black troop and the other supporting the "white supremacist" troop.  I didn't go out that night, but heard horrible stories of fights that occurred across the camp.

When I returned from camp that week, I was a changed person. I read every book I could find on the Civil Rights Movement, and found an incredible book called "Black Like Me", about a white man who took medication that turned his skin dark, so he could go undercover and see what it was like to live as a black man in the Southern United States.  Every book report I had to write and present in school was about civil rights.  Since that time I have kept this traumatic experience in mind as I interact with others, and it has saddened me as I watch the racial divide continue to increase in the United States, and across the world, as people are persecuted for their race, religion, gender, or anything else that people view as "different."

It has to break God's heart to see this division across the world.  God created all of us in a unique way, and one of these ways is the color of our skin.  When He looks at each of us, He beams with pride as He sees who He created and placed in the exact country and nationality He intended for each of us before the beginning of time.

In God's Kingdom, our race doesn't have any impact on who we are - God is looking at our hearts. We see in 1 Samuel 16:7, "The Lord does not look at the things people look at.  People look at the outward appearance, but the Lord looks at the heart."  We see Jesus modeling this behavior time and time again, as He broke the rules of His day in having compassion for people it wasn't politically or religiously correct to associate with - women, Samaritans, Gentiles, and other "sinners."  Jesus confirmed the two most important commandments were to first love God, and next love your neighbor as yourself, and He was most obedient to these commandments when He died on the cross for the freedom and salvation of the entire world.

Things haven't improved since my experience in middle school - if anything, the situation is getting worse.  So what are we to do in these increasingly troubling times?  How can we make a change? We first have to admit that in our humanity, we all have a natural tendency toward bias against others who are different from us.  Our history speaks for itself.  E. Stanley Jones, a missionary to India, wrote in 1925: "I have had this story concerning the origin of the white man quoted to me by an Indian: “God asked the man who is now white what he had done with his brother, and he turned white with fear.”  Read the book “The Black Man’s Burden” and you will come to the conclusion that there is enough truth in the above story to make it sting."

Simply trying to be better through own efforts just isn't going to work.  Despite technology bringing the world together like never before, the divide is growing.  There's only one solution to the racial divide - we have to individually and collectively surrender to Jesus Christ and ask Him to transform us from the inside.  We must undergo a radical change that only He can perform, and that He died for, as the Holy Spirit works in us and through us to show us and the rest of the world how Jesus sees each of us.  Only Jesus living inside us, and leading us in paths of righteousness, will allow those of us with a generational history of oppression to break the cycle of our convicting history, and those who have experienced such oppression to show forgiveness and open arms to those who have oppressed.

A few years after my middle school experience, I went to another camp in high school, where I met a black teenager my age.  We had a powerful interaction that week, as he privately admitted to me that he was considering killing himself, and didn't feel any self-worth.  I talked to him about the love of Jesus, and led him into accepting Jesus as his Savior.  But what if I had overlooked friendship with him because of the color of his skin? What if he had done the same, and we had missed the chance to have a literally life-changing interaction?

We see so much anger, so much hate, so much anxiety, so much fear, if we try to look at this situation from the world's view.  It can seem so overwhelming, just like other worldwide issues.  So let's start with what we can influence - ourselves, our families, and our communities.  Make your prayer to see others the way Jesus sees them, and it will forever change the way you see and interact with others. And then let God do the rest as we ask Him to use this spark to light a fire of compassion, peace, and love across the world through His Son, Jesus Christ!


"Every nation has its peculiar contribution to make to the interpretation of Christianity.  The Son of Man is too great to be expressed by any one portion of humanity.  Those that differ from us most will probably contribute most to our expression of Christianity." - E. Stanley Jones