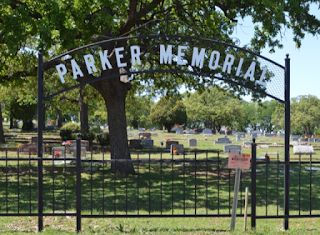 "Wait, you have two babies in there!"

I'll never forget that moment of shock when the nurse told my wife and I that we were having twins. After almost five years of infertility struggles and all of the pain and suffering that came with it, we had finally had our first child, Emerson, and were now being blessed with an unexpected multiplication of children less than a year later.  Walking out of the room in a daze, it was both overwhelming and exciting at the same time.

Several weeks later, we learned that we were having a boy and a girl, exactly what we hoped would happen.  Emerson would get to have a brother to play with, and I would get to experience having a daughter, after growing up with a brother myself and not knowing what it was like to have a girl in the family.  I watched in amazement as two babies moved around on the monitor during our checkups, yawning and sucking thumbs.  We were rock stars at family gatherings, as neither side of the family had any twins, and I swelled with pride as all of God's promises were coming to pass in even greater ways.  Everything was going to work out perfectly!

But then, at 19 weeks, things took an unexpected turn, and my wife ended up in the hospital with contractions.  I had the utmost confidence that after all we had gone through, there was no way God would allow us to lose these babies.  A family friend had prophesied we would have three kids before she even knew we had two more on the way, further convincing me it would all work out.  We had faith like never before, declaring with boldness that the contractions would stop.  But after several days of ups and downs, we reached a point of no return as my wife's water broke.  She would have to deliver the babies through the normal labor and delivery process, knowing our children wouldn't survive.

I remember seeing them on the sonogram monitor that last time, alive and active, and I was madly in love with those children I had never met.  And now I had to move forward with no hope, sitting by my wife with eyes squeezed shut as first my daughter, then my son came into the world, took a few breaths of life, and passed into eternity with God. It was all I could muster in that moment to whisper a quick prayer, "Father, I commit these children to you."

Still numb from the pain of this loss only a month later, we learned that my wife was, incredibly, pregnant yet again.  The reaction was more fear than excitement, validated by the ensuing struggle to keep our son alive for much of the pregnancy.  My wife was on bed rest most of the time, and we had a few moments of panic as she had to go to the hospital with contractions, hoping we wouldn't suffer yet another unbearable loss.

Miraculously my son, whom we named Seth, made it into the world, albeit with some difficulty and time in intensive care. In naming him, we gave him the middle name "Parker" because we liked the name from my wife's family line.  With two boys and the feeling our family was complete, that was our last attempt at having children.

Soon thereafter, we were relocated to another city, and had never gotten up the courage to visit our twins' grave site where their ashes were scattered.  Returning to the area a few years later, we decided to dig through our box of keepsakes and locate the site.

It was then that we were shocked to see the name of the cemetery - Parker Memorial!

Through all the pain, all the suffering, God shined a light through the darkness, showing me a connection that confirmed He was there all along, through it all. It didn't lessen the pain - as with any loss, the pain will never go away.  We all just want comfort in the loss, for our Father to hold us and cry with us.

Whoever said time heals all wounds must have never lost a child.  Time doesn't heal wounds - only Jesus can.  And the only thing I can hold onto is the hope Jesus gives me in an eternity not only with Him, but also with two children I never got to know in this lifetime.

I am saddened to see people fall away from belief in God because of tragedies they experience, either personally or when they see death come from a terrorist, war, or natural disaster.  We need to realize that God loves other people more than we do, even our own children.  They were a gift to us no matter how long they were with us.  And if we take the eternal view of our lives, all of the pain suffered in this life will quickly become a distant memory, as everyone we ever knew or loved are with us in heaven, giving glory to God for making all things new, for drying every tear.

I was awakened to the sound of my twins playing one night - I knew in my spirit it was them, and was comforted knowing they are happy. If you are hurting from the loss of a child, know they are experiencing true joy and peace, and you will be reunited soon.  Take a step forward, make the best of what God has given you in this life, and look forward to a time when all will be made right, with a God who turns all ashes into beauty.

All I ask of you today is to keep trusting God, and allow his promise of "hope, and a future."  There's a light shining in the distance - it's the presence of God with an indescribable warmth and radiating love.  Your loved ones are already enveloped in this powerful reality, and you are getting closer to "home" each day!  In the meantime, enjoy your life with faith, hope, and love, and ask God for peace only He can bring to those who grieve.


"Brothers and sisters, we do not want you to be uninformed about those who sleep in death, so that you do not grieve like the rest of mankind, who have no hope.  For we believe that Jesus died and rose again, and so we believe that God will bring with Jesus those who have fallen asleep in him." - 1 Thessalonians 4:13-14