I Just Want You 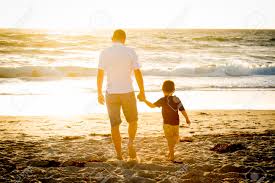 "The God who made the world and everything in it is the Lord of heaven and earth, and does not live in temples made by human hands.  Nor is He served by human hands, as if He needed anything, because He himself gives all men life and breath and everything else." - Acts 17:34-25

I was sitting on the balcony of my mother-in-law's condo on the Florida coast, watching the sun rise over boats motoring across the causeway and birds sailing overhead.  I prayed in the spirit (in tongues) and invited God's presence.  I saw a vision of angels gathering around me in prayer, so I released them to their spiritual assignments in the heavenly realms.  Opening my hands to receive His presence, I felt a surge of energy and heat flowing through my hands.

In that perfect moment, feeling the amazing love in God's presence, I wanted so badly to do something for God, so I asked Him, "What do you want or need from me?"  He replied, "Son, I just want you."

What a freeing statement - to know that God wants nothing more than a relationship with us.  Even though this revelation should be obvious when you think about it, we all get caught in the trap of humanity, where our worth is measured by our performance and accomplishments.  For example, when Jesus was transfigured in front of Peter, James, and John, and Elijah and Moses appeared to talk with Jesus, Peter's reaction was to say, "Rabbi, it is good for us to be here.  Let us put up three shelters, one for You, one for Moses, and one for Elijah."  Peter did this because "they were all so terrified that Peter did not know what else to say." (Mark 9:5-6)

This shows us that our natural human tendency is to do something instead of what God really wants, which is just to be with us.  When you think about your own children, wouldn't you react the same way? Aren't your favorite moments with your children the times when they just wanted to sit your lap and be held? And if one of them asked you, "What do you need or want from me?", wouldn't you also just want them to stay still and remain in your arms? Instead, we get up from God's presence and go about our tasks of doing to obtain favor from God, when all He wanted was to hold us a little longer.

The spirit of the Antichrist wants us to be caught up in doing versus being, and it causes us to be drawn to the false religions that exist today.  Reinhard Bonnke, a well-know evangelist, said this, "When I stand up to preach the Gospel, I often preach to people who have no idea who God is, because they worship idols, very terrible idols.  They spread the table for their gods.  And I tell them, the Christian God does it the other way around - He spreads the table for His children.  And in the other religions, the people always seek God, but in the Christian faith, God seeks man."

Christians can just as easily get trapped in a religion of doing versus being, as we think ritual or works gets us into right relationship with God.  But we'll never be good enough on our own to be in right standing with God - only Jesus, who became sin for us on the cross, can bridge the gap and bring us to the Father in good standing.

Jesus has already done everything needed to bring you into relationship with the Father.  So free yourself from the expectation that God needs or wants something from you - He just wants you!


"Sacrifice and offering You did not desire, but my ears You have opened.  Burnt offerings and sin offerings You did not require.  Then I said, "Here I am, I have come - it it written about me in the scroll: I delight to do Your will, O my God; Your law is within my heart." - Psalm 40:6-7