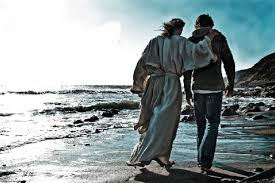 "And the Scripture was fulfilled that says, "Abraham believed God, and it was counted to him as righteousness" - and he was called a friend of God." - James 2:23

Imagine going to work and running into a new colleague in the hallway.  After introducing yourself and welcoming them to the team, you tell him or her that you work in the Accounting department.  "What do you do?" you ask. "I'm the CEO's Friend," comes the response.  Not surprised at the startled look on your face, he or she shows you a business card, and sure enough, it reads, "Friend of the CEO"!

Sound strange? Maybe so, but it's also a job held by Hushai the Arkite in David's list of the king's overseers. It took me by surprise when reading a passage from 1 Chronicles 27, which I'll paraphrase here:

Wait, back up one line.  We see a lot of jobs that make sense, but then we see that Hushai the Arkite was the king's friend? What does that job entail? I want that job!

Well, I have good news! That's the job the King of Kings wants to give to you!

I would imagine being a leader of a large population has its challenges.  People are coming to you constantly for advice, a decision, an emergency that's come up.  With all the stresses of the job, it must be nice to have a confidant, a friend that knows you better than anyone else, who just wants to hang out and keep you grounded in who you are at the core.

Amazingly, God's design for us includes a relationship in which He calls us friends.  He did this through His Son Jesus, who revealed the heart of the Father to the world, and therefore trusts us enough to call us friends, if we only believe and trust in Him.  In John 15:15, Jesus says, "I no longer call you servants, because a servant does not know his master's business.  Instead, I have called you friends, for everything I learned from my Father I have made known to you."

I have encountered some people who view God as a stern, distant Creator,  one that is to be feared rather than befriended.  Or there are some who say they are not so "vain" as to think that God would speak to them directly.  But you can't help but draw a different conclusion when you read the Bible and find the Truth.  While God is to be revered and respected as our Father and Creator, He also desires to be our Friend, one that we can have a real, personal, and individual relationship with.


And while we are also children of God, I remember a co-worker telling me that every stage of her children's development was better than the last.  Now that her kids are grown, she likes this stage the best, because now her children are also her friends.  God wants the same relationship with you, but it takes growing in maturity and closeness with Him.  Through the gift of the Holy Spirit, God can live inside you and guide you into a deeper relationship with Him, where He can call you not only a son or daughter, but also a friend.  And that's also who He wants by His side for all eternity!

Through God's amazing grace, we all have the opportunity to tell the world that we have the best job title ever - the King's Friend!